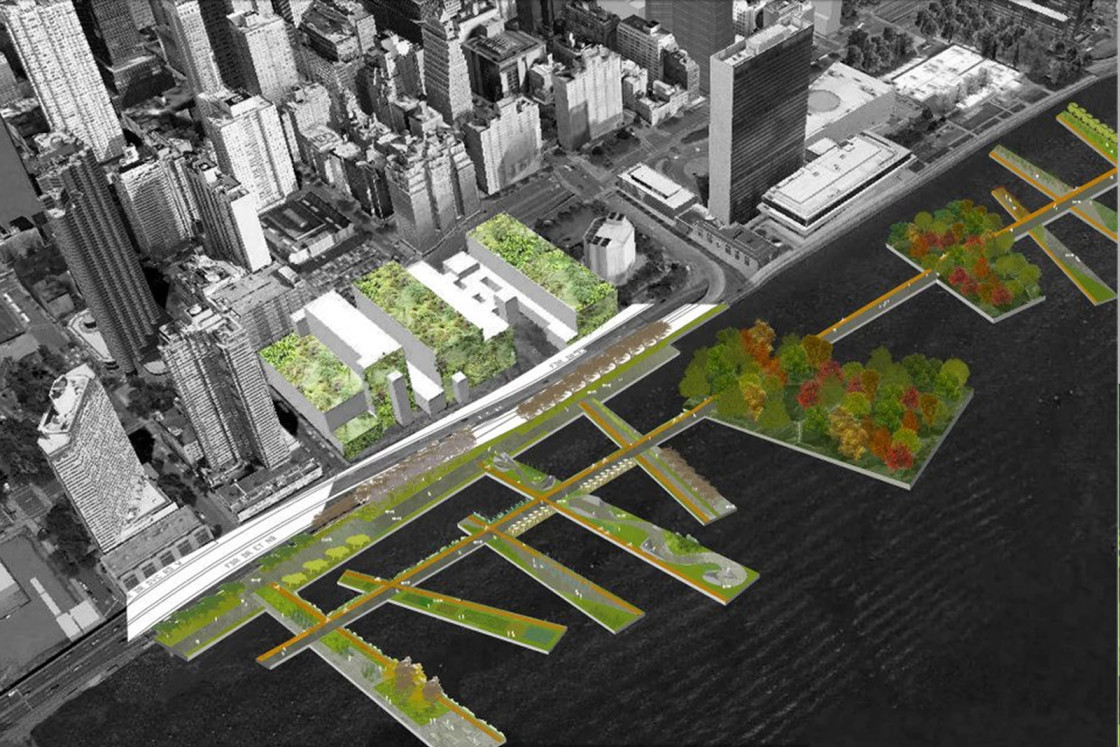 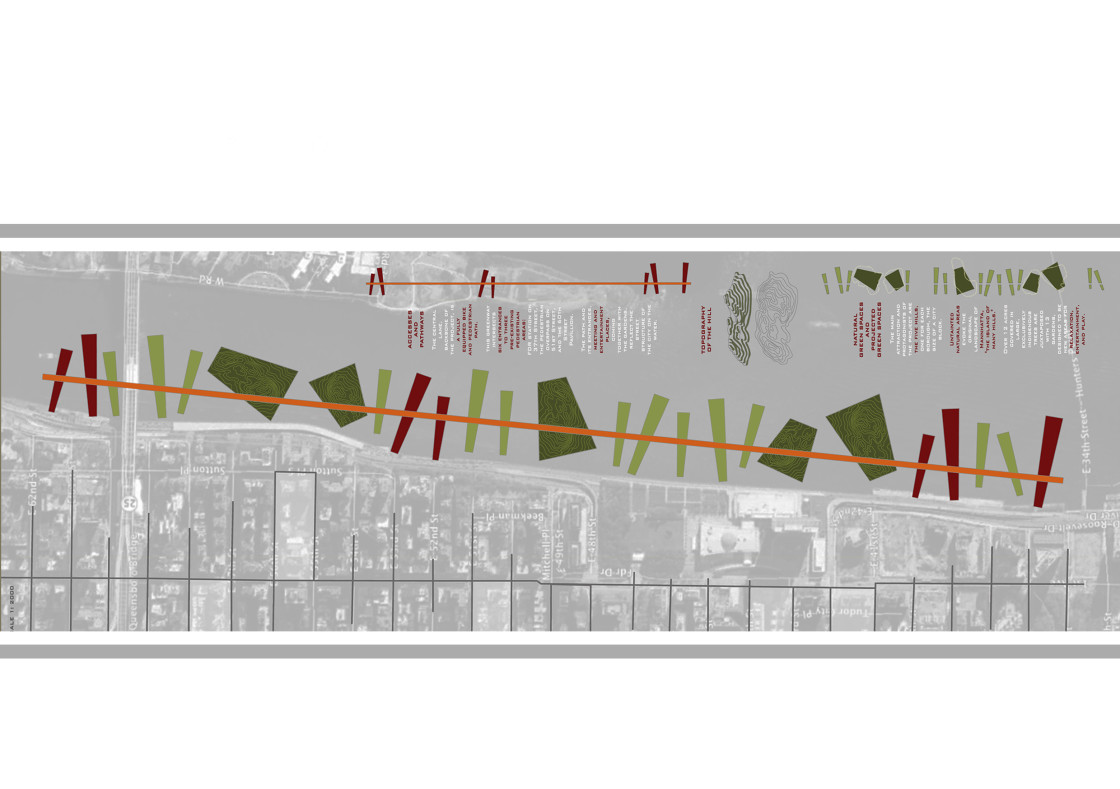 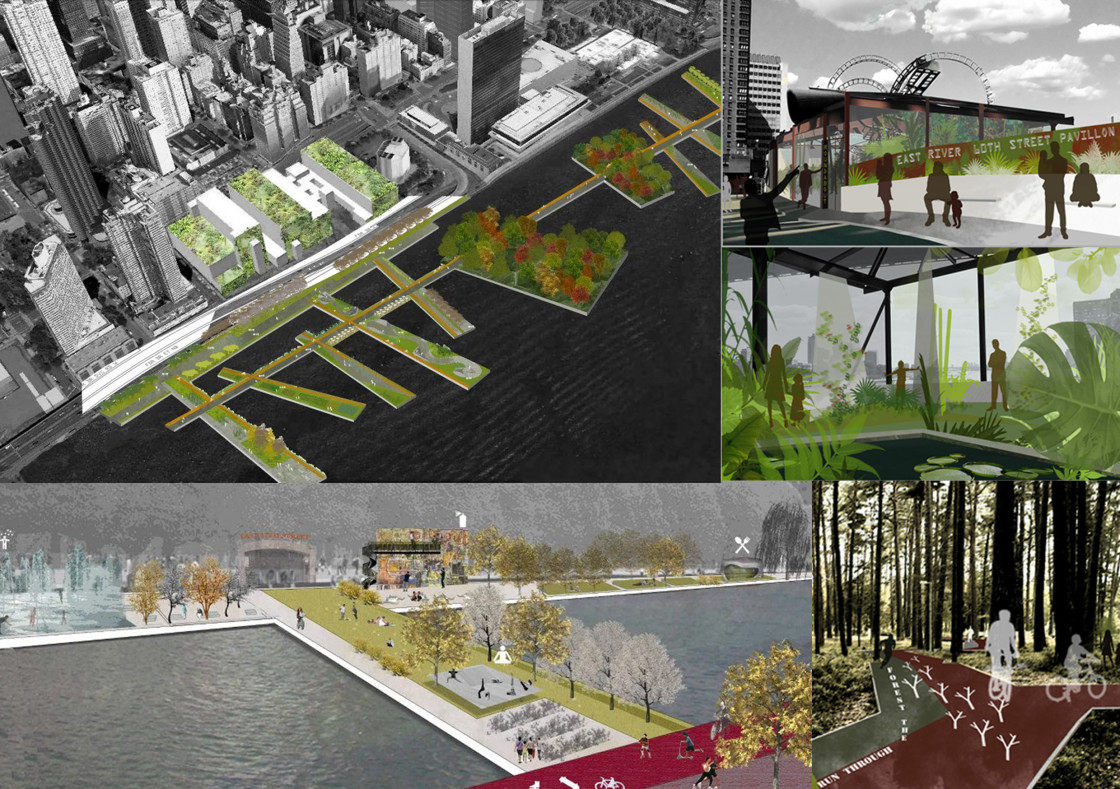 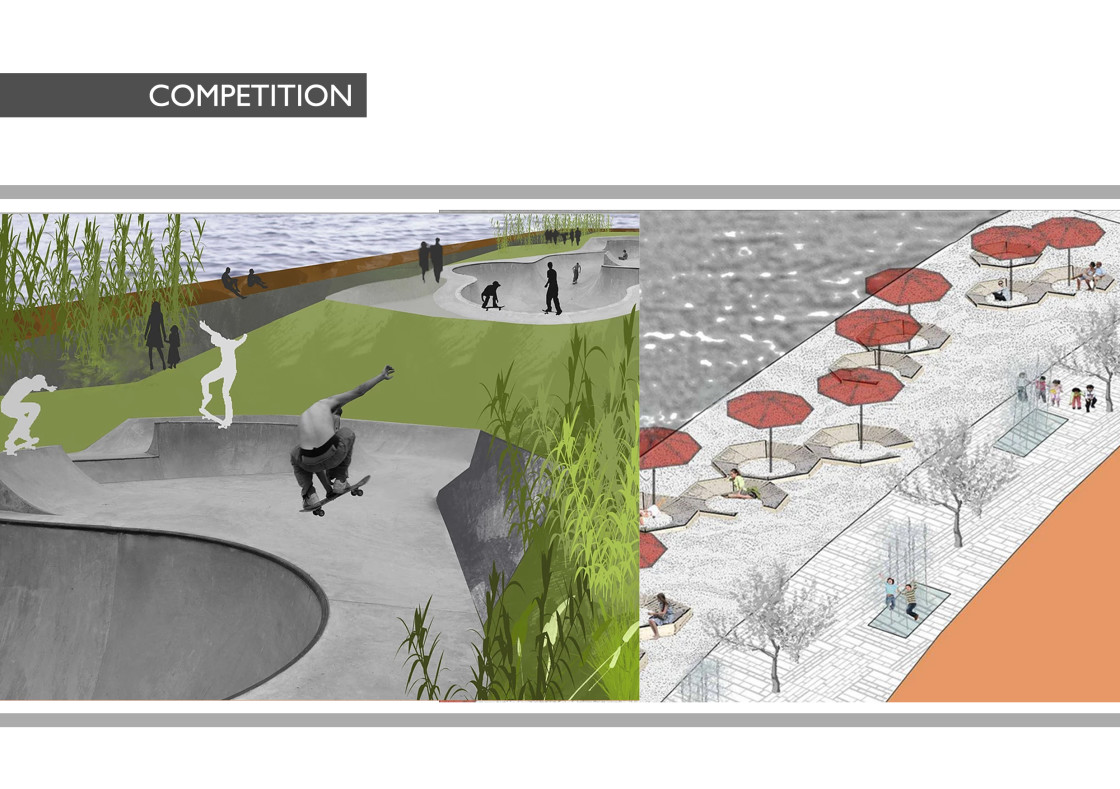 This project has been slected for the exhibition at the  Architecture College, University of Houston

A lane about 2km long is the functional infrastructure to an alternative path, a long greenway running along the river parallel to the island of Manhattan, like a hinge closing the gap between the 34th Street and the 60th Street . The greenway runs the length of 33 blocks, with 20 platforms on the water along the way, open spaces in alternative to the city streets, away from the noise, where one can rediscover the pleasure of sociality or that of silence. To act as protagonists along the way are the five hills (standing for the five boroughs of New York City), each the size of a city block, counterpoints to the island of Manhattan as a reflection of its modernity and a reminder of its nature. Entirely covered by large trees, they evoke the image that appeared to Henry Hudson in 1609 when for the first time he saw Mannahatta, “the island of many hills,” as the natives living there called it.